In the Wild West, hucksters sold snake oils in the middle of the street, haranguing passers-by. Today, that hasn’t changed much.

Science has gone mad is a phrase we often hear. But in fact, science has become a real scam due to the financialization of the sector, the predation to find the next big thing and the search for the magic wand to solve all the problems without the slightest effort. The cases of Theranos, Ubiome and IBM Watson show this trend and it is not about to get better.

Theranos is a case that has been talked about a lot, because it contains all the imagery of American success. A beautiful chick, photogenic at will and who invents a revolutionary product, the defense of stupid and wicked feminism and the fact that the new must always replace the old. Founded by Elisabeth Holmes, Theranos had invented a blood test that was supposed to be faster and capable of diagnosing many diseases. It was “revolutionary technology”.

With a fanfare hype and a valuation of over $10 billion, Theranos popularized the phrase: “Lie until you make it” which is the mantra of Silicon Valley. But for once, the American journalists did their job and they started to realize that Theranos was an outright scam and that Elisabeth Holmes was talking big shit. Former employees would say that there was no revolutionary technology, but in fact blood tests were done the old fashioned way, but charged the maximum.

In an interview to explain his technology, Holmes’ response rises to the level of Chris Rock’s sketch:

A chemistry is performed so that a chemical reaction occurs and generates a chemical signal from the chemical interaction with the sample, which is translated into a result, which is then reviewed by certified laboratory personnel.

Eventually, Theranos was charged with massive fraud, Holme’s fortune went from $4.5 billion to zero, but it’s rumored that she stashed some banknotes in faraway tax havens. But for almost 10 years, the media has been singing its praises, scientists have been publishing rave reviews of its shitty technology. And this proves that it is the whole sector that is infected and that everything must be burnt, white coats in priority.

Ubiome was a startup that promised you a complete analysis of your microbiota from your feces. Already just the announcement is a scam, because we know very little about the microbiota and we are just beginning to map it. Still, the company sold millions of kits where you could take a sample of your stool, but it also works for your snot, saliva, and other happy bodily fluids.

The speech was a skeptical pit where biobanks, Big Data and AI were mixed together, terms that can be used to sell any possible scam. Ubiome was a small scam compared to Theranos since it was valued “only” at $600 million. She got busted by the SEC for trying to scam Medicare. It forced doctors to prescribe their kits for reimbursements, when they were totally useless.

What is laughable is that scientists, having worked for Ubiome, are now giving advice on medical integrity and scientific fraud. It’s as if Hitler started promoting Judaism!

But the prize for the scam of the century in the medical-scientific world goes to IBM Watson. Launched in 2015, Watson is an artificial intelligence that aimed to replace doctors. By simply describing the symptoms, this AI could make the diagnosis with 95% accuracy. It’s crazy how many shits are 95% effective lately… The hype has been explosive. IBM has put over $100 million into marketing and the whore or jobless business, let’s just say the money was well spent.

Everyone shouted for the victory of science, magazines like Science or Nature told us that there would be no more doctors by 2030 and that 7 billion humans would be treated in the blink of an eye with a simple app. One might wonder how Watson could do an enema, but these are too mundane things for hucksters in white coats.

To say it was a disaster is an understatement. The diagnostic accuracy of 95% fell to 70, then to 50% and today it is estimated that it does not exceed 20%… for common diseases. Sure, when you see someone with a fever, runny nose, and migraine, then you can probably predict that the whippet has a cold with 20% accuracy. No need to spend 4 billion dollars for that and yet, that’s what IBM put in to develop Watson.

The worst was in 2017/2018. We were beginning to wonder about the effectiveness of Watson. And we discovered that the diagnosis was made by humans, usually Indian doctors, paid with slingshots. When a query was sent to Watson, the software simply sent the series of symptoms to call centers in India where doctors responded in real time.

In January 2022, IBM sold Watson to Francisco Partners, an investment firm for $1 billion, or its starting value divided by four. A very sad end for a thing that is supposed to replace doctors. This huckster mentality is the norm in Western science.

Infected by transhumanism, the techno-science where you can fix everything with a button, which gave us the “Painless” decade where we threw tons of opioids, causing 500,000 deaths in the United States, science western society disdains daily care, the experience of a doctor treating his patients over several years, the follow-up of his file from birth to death. Everyone in the same mould, this makes it possible to sell a universal product to the whole world, shaped by the filthy and stupid mentality of Silicon Valley.

This type of scandal is the norm and the majority of Startups harbor the same flavor of scam. We see the same thing with cannabis which is a gigantic market to stupefy the population, the CBD where we discovered price differences of 11,000% between the cheapest and most expensive products.

But in the end, the result is the same. A pile of rotting corpses piling up outside the doors of medicine and science. 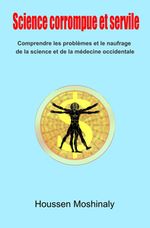 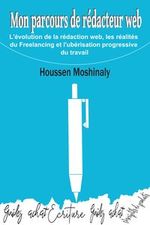